I guess all respect for rules and laws is gone now in the era of tRump, the crime boss want-to-be.    This is what has become in the US due to decades of sabotage by the upper incomes and religious fanatics on every part of the public system.  This man is lucky he is white, if he had been black or brown he would be dead.  Hugs

A Louisiana man was arrested Tuesday after allegedly running a car into a police officer who had asked him to wear a mask while inside of a Walmart.

Ricky Taylor, 64, was arrested and charged with disorderly conduct, resisting an officer and aggravated assault with a motor vehicle upon a peace officer, according to a West Monroe Police Department arrest report.

Inside the Walmart, the officer instructed Taylor to put on a mask and follow store policy. Taylor allegedly responded by cursing at the officer, saying “You can’t make me wear a f—ing mask” and “I’m not wearing a f—ing mask,” according to arrest documents.

Taylor alleged struck the officer twice with his car and then resisted arrest. Louisiana has had a mandatory mask rule since last week. 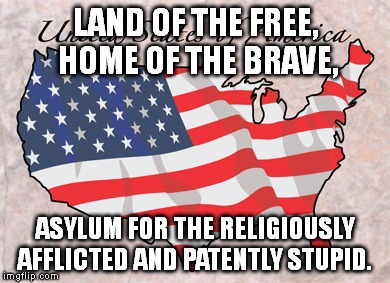