Putting that all together—the 21.0 million officially unemployed, the 4.9 million unemployed who are being misclassified as “employed, not at work,” and the 6.6 million who have dropped out of the labor force as a result of the virus—that’s 32.5 million workers who are officially unemployed or are otherwise out of work  as a result of the virus. If they had all shown up as unemployed, the unemployment rate would have been 19.7% in May instead of 13.3%. That’s an improvement from the same figure in April, which was 23.5%, but it is still mind-bogglingly high—nearly one in five workers are out of work….Jun 29, 2020 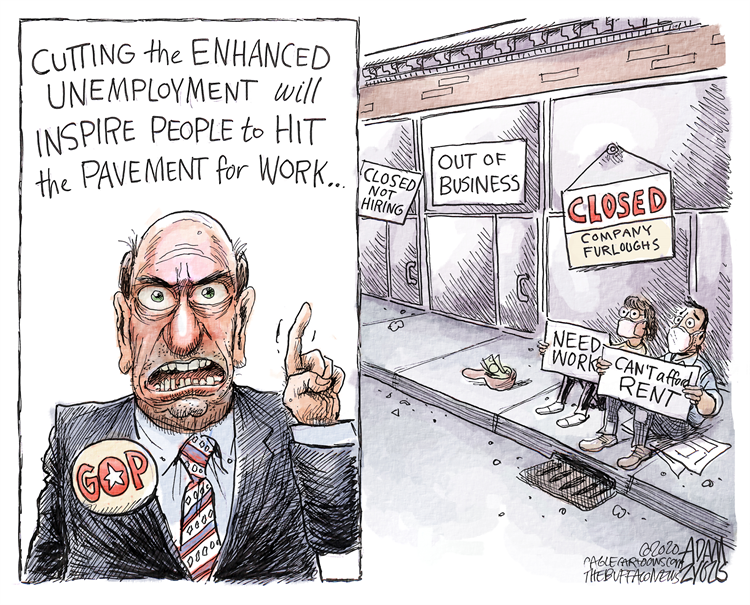 2 thoughts on “Where are the jobs. People not only lost work but many lost healthcare coverage. The millionaire wealth Republicans in congress don’t care. Most call themselves Christians”