To these people somehow my marriage keeps them from worshiping their god.   My right to equal status under secular laws for marriage benefits violates their religious freedom while they can still go to their churches, do their rituals, pray their prayers, preach their myths, wear their religious symbols, and force their doctrines on the rest of us on medical decisions.   They are so filled with hate, with Christian privilege that not being able to deny me public services, to not be able to deny me equal rights under the laws, to not have the right to discriminate openly loudly, to not be able to oppress those they do not like is discrimination to them, and denying their rights.    This was a secular country, but those who want it run by their religion have worked very hard over the last few decades to turn it into a theocracy.  Ask yourself if any country that is a theocracy, that has forced religion with no dissent, ruled by the leaders of one sect of one religion is a country where the people have rights?   Look at the islamic countries, just replace Islam with Christianity.      Now replace Obergefell with Loving v. Virginia, is this still OK.  If you replace same sex marriage with different race marriage is it still religious freedom to deny the right to that marriage?  Or is it bigotry?    Clarence Thomas wants to overturn Obergefell based on religious grounds, but his marriage to a white woman was opposed by major religious groups based on their religious freedom.   Is his marriage going to be nullified to grant the bigots the right to deny him and his wife the right to marry.   If you replace denying public services based on religious freedom rights against  LGBTQ+  with the words black or jewish would it still be OK?  What about those who claim it is their religious right not to let black people eat at the lunch counter or ride in the front of the bus?   What is eating at me is how much these people have managed to do to chip away at women’s right, my rights, LGBTQ+ rights.    Nothing matters to them but their right to force all of us to obey their church doctrines.   Not the right to do them themselves their religious doctrines but the right to force the rest of us to live by them.   Their church forbids them from eating ice cream so I can not eat ice cream either?   Kim Davis was not asked to affirm the same sex marriage, not asked to go to the marriage, not asked to deny her god she was asked to do her job that she was paid to do for everyone one equally.      She has several marriages and committed adultery, would it be OK for someone like her to deny her a marriage licence because her lifestyle is against their religious beliefs?   If not, then it is not right to do so to same sex couples.     Hugs 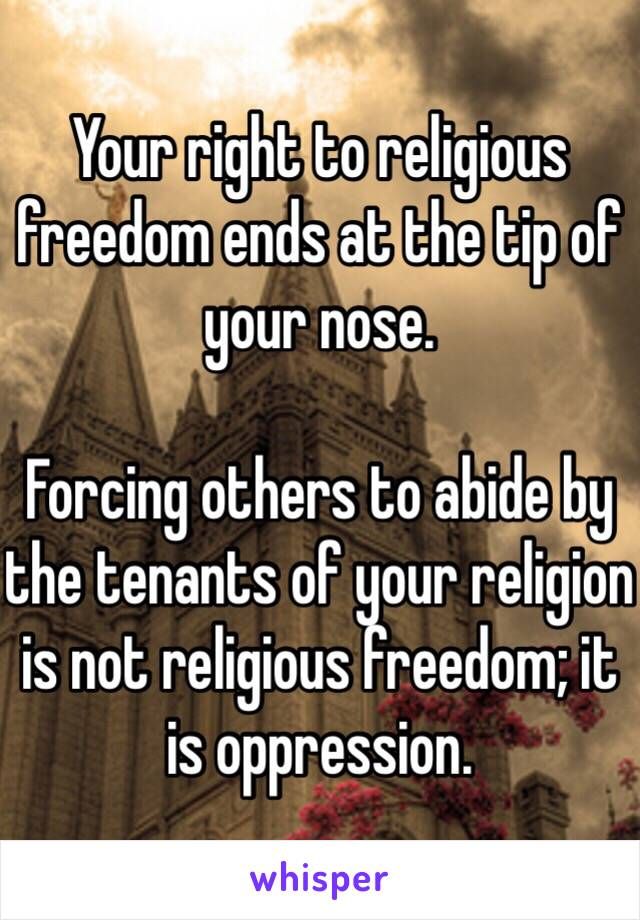 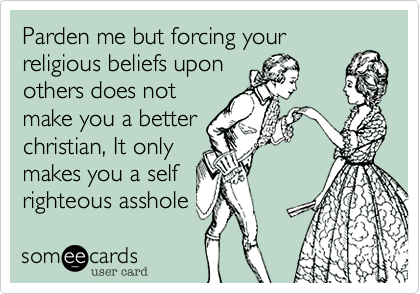 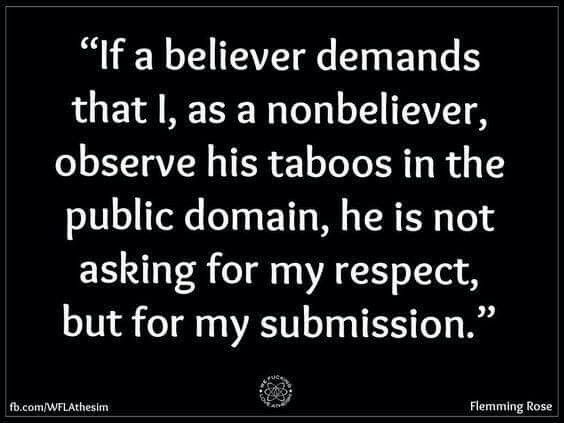 Liberty Counsel: We Will Petition SCOTUS On Obergefell

Although the U.S. Supreme Court has declined to grant review of the Sixth Circuit Court of Appeals decision involving former Rowan County Clerk Kim Davis and regarding the legal doctrine known as qualified immunity, Justices Thomas and Alito appear to invite future challenges to the 2015 Obergefell marriage case.

Davis has continued to argue that she is not liable for damages because she was entitled to a religious accommodation (which former Governor Bevin and the legislature granted), and that her actions did not violate clearly established rights.

There has been no final ruling on whether Davis is liable for damages. Depending on how the case finally concludes at the lower court, Liberty Counsel will then file a petition to present the opportunity for the Supreme Court to address Obergefell.

Liberty Counsel Founder and Chairman Mat Staver said, “Even though the High Court declined to take up qualified immunity, Justices Thomas and Alito are inviting future challenges regarding Obergefell and to fix the mess the Court created.”

tRump’s new SCOTUS nomination is a firm believer in a theocracy.   She is a firm believer in ruling based on her religion, not secular laws.   Like Clarence Thomas she doesn’t believe equal treatment under the law applies to everyone, and would gladly deny equality to women and LGBTQ+.  I listened to a breakdown of her beliefs and legal writings yesterday.  Remember she has only been a judge for three years.  Only three years, and now going to be on the highest court in the land making rulings the rest of us must live by.  This is what the goal of the religious fanatics have been for decades.  <blockquote>

The tweet’s mention of “build a ‘Kingdom of God’ in the United States” is an allusion to comments Barrett made in a 2006 commencement address at the University of Notre Dame Law School where Barrett was a faculty member from 2002 until 2017. Barrett told the graduating class:

“I’m just going to identify one way in which I hope that you, as graduates of Notre Dame, will fulfill the promise of being a different kind of lawyer. And that is this: that you will always keep in mind that your legal career is but a means to an end, and as Father Jenkins told you this morning, that end is building the kingdom of God. You know the same law, are charged with maintaining the same ethical standards, and will be entering the same kinds of legal jobs as your peers across the country. But if you can keep in mind that your fundamental purpose in life is not to be a lawyer, but to know, love, and serve God, you truly will be a different kind of lawyer.” </blockquote> https://factcheck.thedispatch.com/p/does-amy-coney-barrett-want-to-end

In four years tRump and McConnell have managed to fill the courts with people like her at all levels.   The only check was the SCOTUS.  Seems not for long.   Hugs