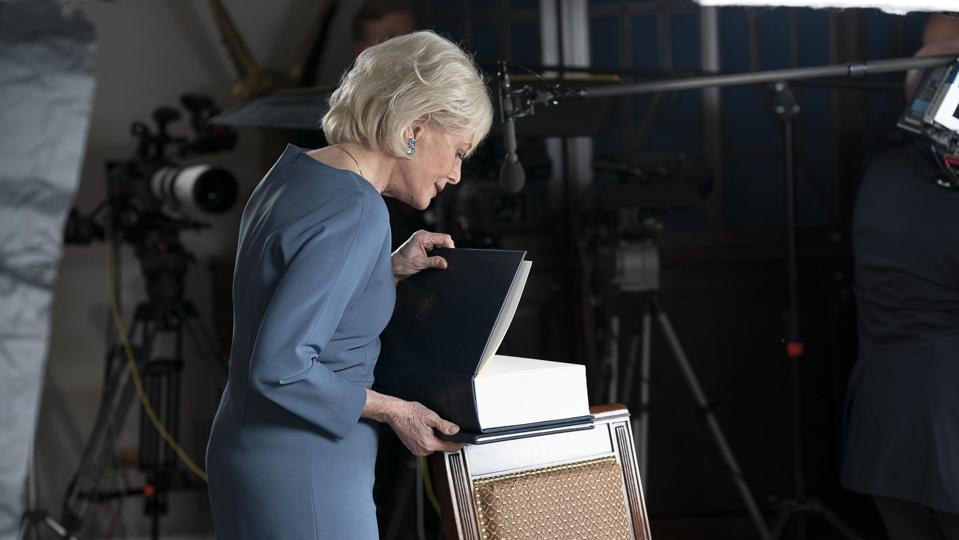 Trump famously held a press conference in 2017 flanked by what appeared to be stacks of blank papers, which he said were documents focused on transitioning control of the Trump Organization to his sons. During Trump’s stay at Walter Reed for a coronavirus infection earlier this month, the White House released a photo – captioned “President Donald J. Trump Works from Walter Reed” – that appeared to show him signing his name to a blank sheet of paper.

“It is appropriate that the volumes of books printed by the White House detailing trump’s health care plan are all blank,” tweeted Rep. Bill Pascrell (D-N.J.), a reference to a long-time Democratic critique of Trump that he lacks a replacement plan if his push to eliminate the Affordable Care Act succeeds.

“For much of his first term, President Trump has claimed that significant proposals would be coming ‘soon’ or ‘in a few weeks’ or, often, ‘two weeks’ — notably health care,” wrote Yahoo News senior writer Christopher Wilson on Tuesday. “With two weeks until Election Day — and millions of votes already cast — the clock is ticking for Republicans as Democrats reprise their successful midterm strategy of warning that the administration and the GOP want to end mandated coverage for preexisting medical conditions.”

There is more at the link above.   tRump is only about the photo op.   He doesn’t care if something is true or the substance, he wants to make commercials for his brand.  Hugs