Approaching the eve of the election, President Trump has downplayed the steep rise in cases, attributing much of it to increased testing. But the number of people hospitalized for the virus tells a different story, climbing an estimated 46 percent from a month ago and raising fears about the capacity of regional health care systems to respond to overwhelming demand. Twenty-six states are at or near record numbers for new infections.

More than 500,000 cases have been announced in the past week. No states are seeing sustained declines in case numbers. In El Paso, where the number of people hospitalized with Covid-19 has more than tripled over the past three weeks, doctors have started airlifting some patients to hospitals as far away as San Antonio while treating others in a field hospital in a nearby parking lot.

There are videos and more information at the two links above.    Hugs 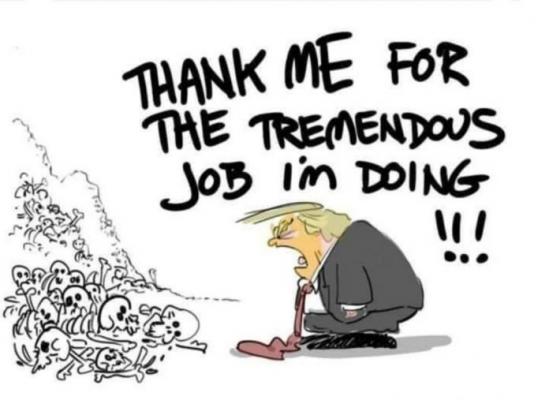