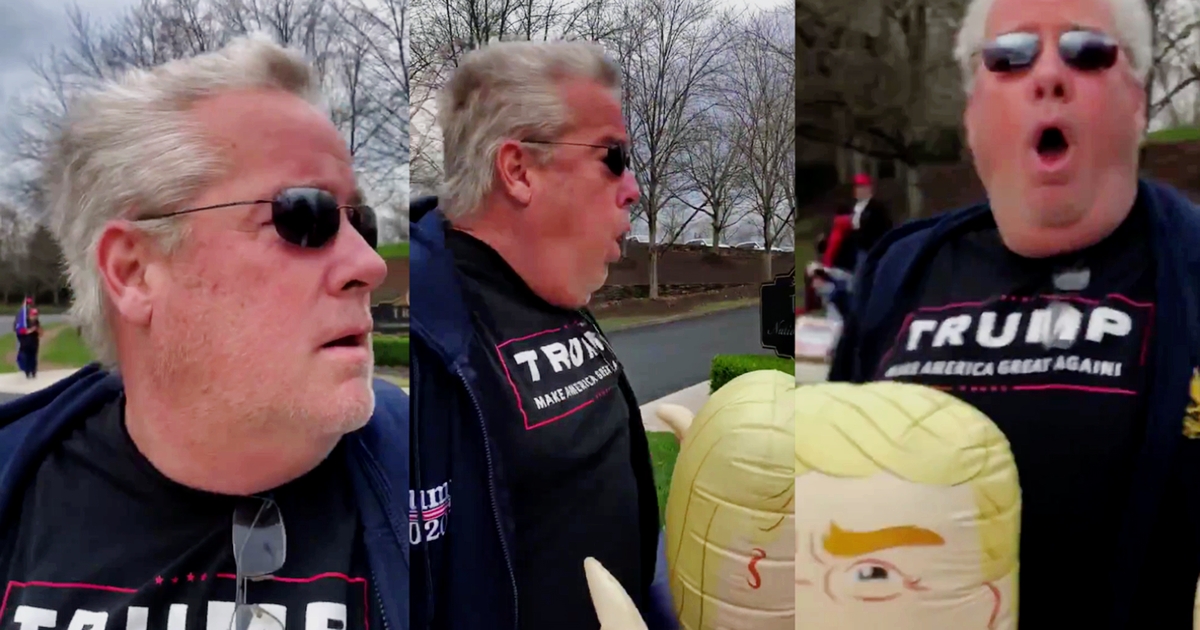 A maskless Trump supporter deliberately exhaled droplets at a woman outside President Donald Trump’s golf resort after the woman asked him to back away from her and observe proper social distancing.

Video of the incident was filmed and posted by Reel Political News White House correspondent Douglas Christian, who wrote “Trump supporter forcefully exhaling without a mask on a protester outside the Trump National Golf Club, Nov. 21, 2020”.

In the clip, the woman can be heard telling a man wearing a Trump shirt and carrying a mylar Trump balloon to “Get away from me, get away, you are in my face and you don’t have a mask so you need to back off.”

The man tells her “Do what you want, sweetheart, I’m not in anybody’s face,” then inhales deeply and forcefully, audibly exhales in the woman’s direction.

“Call the cops and ask them to come get me,” the man responds, sarcastically.

So here we have a clear view of what the cult supporters of the Dear Leader are.   They are thugs with no concern for anyone else, no sense of common decency, no acceptable societal behaviors.   Just raw emotions, I want, I want, I should have what I want.  Normally the run in gangs.   Sadly they seem backed up by the police, which is a very bad sign for democracy.   Hugs