Could it be they are upset over what the Biden team will find out that the tRump team gave to Russia? Hugs 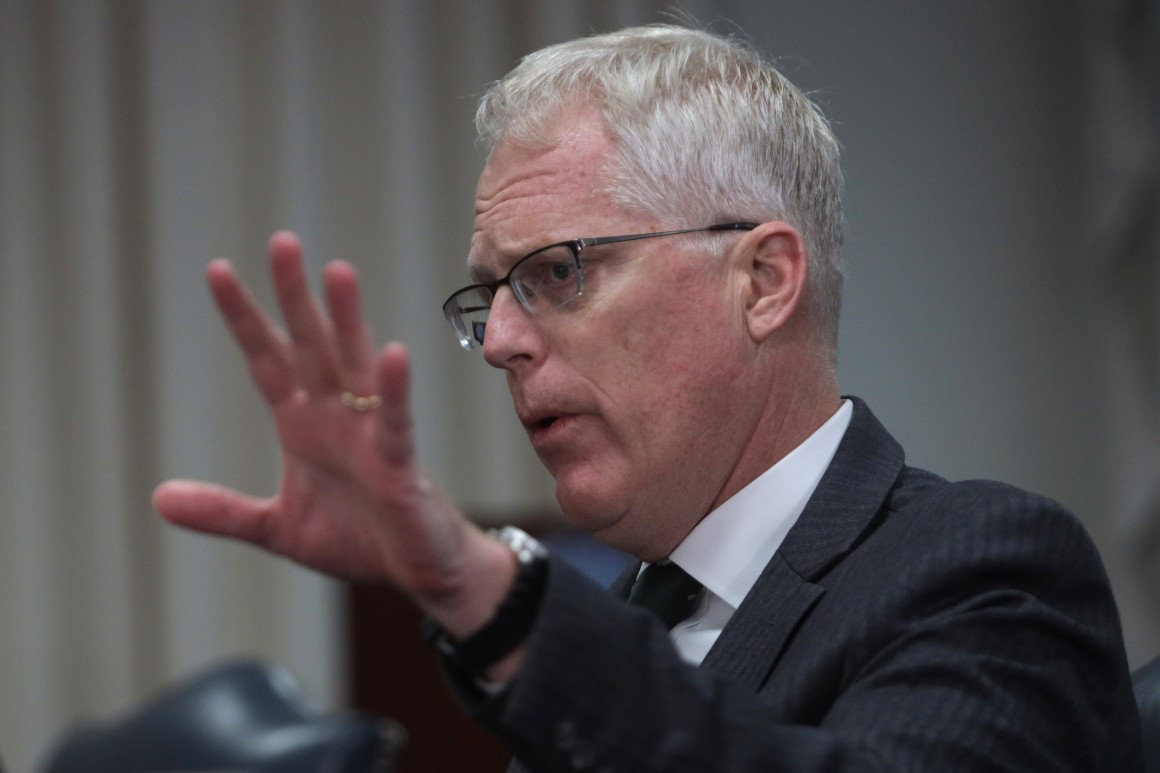 The meetings planned for Friday were postponed due to “rapidly changing priorities here,” said a defense official.

The tension between the Trump administration and President-elect Joe Biden’s team spilled out into the open on Friday, as officials traded accusations over the status of a series of Defense Department transition meetings that a Biden spokesperson called “invaluable” for national security.

Biden spokesperson Yohannes Abraham directly contradicted acting Defense Secretary Chris Miller’s claims that the two teams “mutually agreed” to pause the interviews until after the holiday, after Axios reported that Miller had abruptly ordered a department-wide halt to cooperation with the transition team.

“Let me be clear, there was no mutually agreed upon holiday break,” Abraham said, adding that the team hopes the Pentagon will resume meetings and answering requests for information “immediately.” “That our agency review teams will be able to have access to the sort of information that is invaluable for keeping the homeland safe.”

Miller said earlier in the day that the Pentagon had rescheduled roughly 20 meetings planned for Friday with members of the transition team until after Jan. 1, but insisted that the Department of Defense is continuing to cooperate with the transition.

In a statement, Miller said the Pentagon has at no time “canceled or declined any interview,” stressing that he is committed to the transition and noted the number of interviews and documents disclosed so far.

“The Department of Defense will continue to provide all required support to the Agency Review Team (ART) to keep our nation and her citizens safe,” Miller said, noting that the Pentagon has already supported 139 interview sessions with more than 200 DoD personnel and disclosed thousands of pages of documents. “Again, I remain committed to a full and transparent transition — this is what our nation expects and the DoD will deliver AS IT ALWAYS HAS.”

Meetings planned for Friday were postponed due to “rapidly changing priorities here,” said a defense official, citing the FDA’s approval of a second coronavirus vaccine, a possible government shutdown, and a massive hack of U.S. government agencies.

The official said six meetings are scheduled for next week. The “pause” is a slowdown, not a halt, this official said.

The meetings will go back into full swing after the holidays, Miller said in the statement, noting that the Pentagon continues to support the transition with reading materials, reporting requirements, and other activities.

But Abraham said the agency review teams were informed Thursday that the meetings were being canceled and blasted the Pentagon for “recalcitrance.”

“There have been many agencies and departments that have facilitated the exchange of info and meetings over the past few weeks,” Abraham said. “There have been pockets of recalcitrance and DoD is one of them.”

Biden spokesperson Jen Psaki added that while the career officials at DoD have been “cooperative and helpful,” the team has had “isolated” issues with Trump political appointees.

Miller is scheduled to meet with President Donald Trump in the Oval Office Friday afternoon, according to the White House.

Meetings between DoD officials and the transition team got off to a late start on Nov. 24, due to a delay in approval by the General Services Administration, which must greenlight cooperation. The approval came 16 days after Biden was declared the winner of the presidential election.

This marks the second time in less than three weeks that the Pentagon has addressed reports that defense officials have blocked requests from the Biden team to meet with department leaders.

Meetings with the defense intelligence agencies were delayed this month after members of the Biden team improperly reached out directly to the agencies instead of the DoD transition team, and was told that they instead needed to submit requests to the Pentagon, defense officials said at the time.