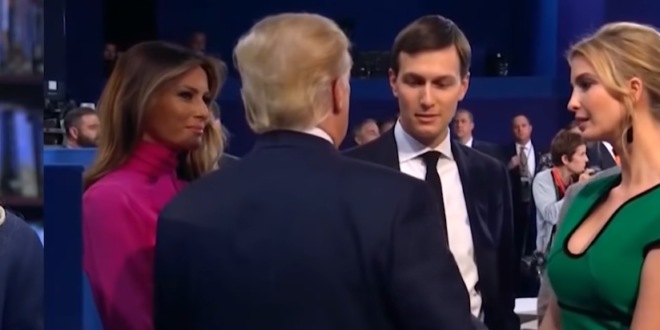 Instructed not to use any of the half-dozen bathrooms inside the couple’s house, the Secret Service detail assigned to President Trump’s daughter and son-in-law spent months searching for a reliable restroom to use on the job, according to neighbors and law enforcement officials.

After resorting to a porta-potty, as well as bathrooms at the nearby home of former president Barack Obama and the not-so-nearby residence of Vice President Pence, the agents finally found a toilet to call their own.

But it came at a cost to U.S. taxpayers. Since September 2017, the federal government has been spending $3,000 a month — more than $100,000 to date — to rent a basement studio, with a bathroom, from a neighbor of the Kushner family.

Yet they still expect these people to die for them, to take a bullet and save their lives, after they treat them like shit.   Hugs