In British Columbia, biology professor and science communicator Dr. Carin Bondar is running for Chilliwack School Board trustee on a platform that emphasizes inclusivity, respect for diversity, and — naturally — scientific literacy. She’s an accomplished professional who’s written multiple popular science books, hosted television and web series, and founded a charity to help support women working in STEM fields. She has experience working with students and herself has four children in Chilliwack schools.

But she’s a lady who talks about sex, and that’s made her a target for the conservative men who are currently steering the board… and the conversation. 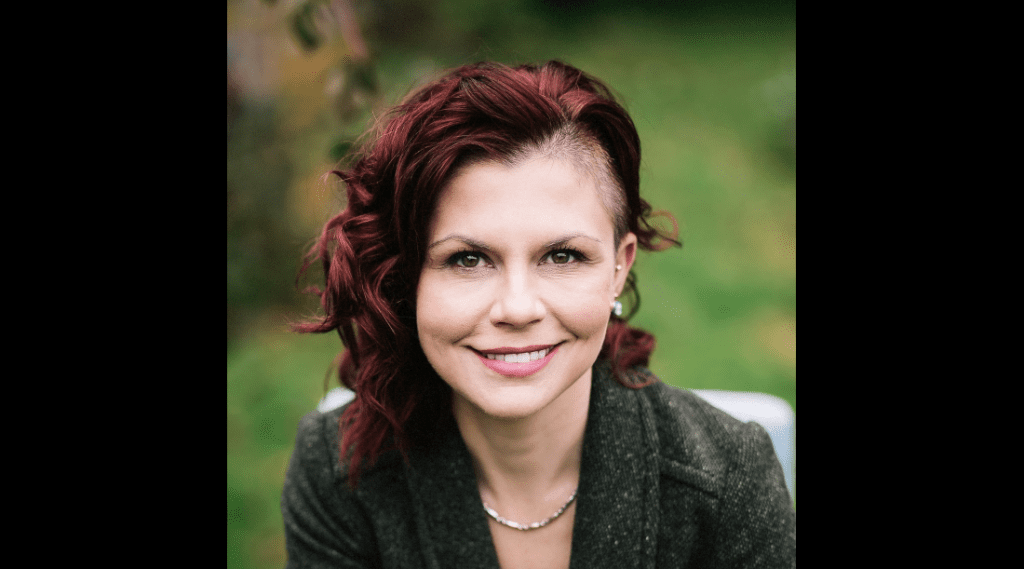 It also features serious scientific information presented in a fun, often humorous format using everyday language for the lay viewer, but none of that is apparent in the video compilation her detractors are circulating on Vimeo, bearing the sneering title “Carin Bondar for Trustee Highlight Reel.” (The video has since been removed from the site.)

In case that didn’t make it apparent that the conservative contingent aims to discredit Bondar by sexualizing her, they made their objections even clearer earlier this week, posting a roadside billboard to publicly smear Bondar.

The billboard depicted a still image of Bondar lying on her back, dressed in a white tank top and matching underpants. Superimposed text asks the viewer: “Carin Bondar: Is this your child’s idea of a school trustee?”

The image comes from a video she made in early 2014 — seven years ago — entitled “Organisms Do Evolve,” a parody of Miley Cyrus‘ hit song “Wrecking Ball.” Bondar replicates some of Miley’s original imagery with tongue firmly in cheek: reading On the Origin of Species atop a pile of bricks, sensually licking a microscope, and showing off a hand-drawn Darwin fish tattoo.

It’s certainly not beyond the social conservatives to attribute malice and menace to anybody who so much as admits knowing what sex is, but given the composition of the current Board of Trustees, one can’t help but wonder if maybe the science is the problem.

Just over two years ago, the city of Chilliwack elected Creationist Darrell Furgason to the Chilliwack School Board in spite of his record as a Young Earth Creationist whose Worldview Studies Center teaches anti-evolution apologetics and calls it “critical thinking.”

Then there’s Barry Neufeld, a veteran of the Chilliwack School Board, who’s been extremely public in his opposition to the LGBTQ-inclusive SOGI 123 curriculum. He’s disregarded widespread calls for his resignation, even after provincial Education Minister Rob Fleming took him to task for speaking at an anti-LGBTQ rally.

Fergason and Neufeld don’t appear to bear any responsibility for the billboard itself. But they undeniably own a role in the tone of discourse that makes smearing a woman’s sexuality an acceptable tactic. They’ve whipped up a frenzy in an extremely sex-negative portion of the population that takes everything Bondar stands for beyond the realm of polite discussion, characterizing it as a danger to children.

But the culprit’s exact identity remains a mystery. Text on the billboard attributed it to a group calling itself “Coalition of Concerned SD33 Parents”… but there’s no officially registered group with that name, and they did not post any of the legally required identifying information, like who paid for the ad and which campaign — if any — endorsed it. Nobody asked the landowners’ permission before erecting the billboard, and no witnesses have come forward.

Elections BC is looking for leads; this is a serious violation of electoral bylaws. If a culprit is identified, they could face a $2,000 fine or possible jail time.

Bondar isn’t the only one who’s been targeted for special vitriol during the campaign period. Fellow candidate Adam Suleman says his signs have been vandalized, with racist social media messages leading him to conclude that “this is what happens when a brown man decides to run in a Chilliwack School Board by-election.”

Only in the hideous backwards world of the Religious Right could a school-board by-election create this much hideous drama and vitriol.

In conversation with reporters from NEWS 1130, Bondar says she expected better of the adults responsible for Chilliwack’s educational policy:

How is this setting an example for our students if we’re acting this way? It’s just not good enough. I also wonder what kind of message this might send to other women thinking of entering public office. It’s not what one would expect in an electoral campaign where we are making it about the issues and about the kids.

Unless, of course, your primary concern about the kids is that they remain obedient to your church’s interpretation of an ancient religious text.