Genius: In a brilliant effort to overcome anti-abortion legislation, The Satanic Temple just announced the “Religious Abortion Ritual” which is designed to protect access to the medical procedure using existing religious liberty laws.

In an announcement The Satanic Temple declares:

The Satanic Temple is proud to announce its Religious Abortion Ritual, a ceremony rooted in our deeply-held beliefs.

This ritual may be performed by our members as a way to fortify self-worth, instill confidence, and provide spiritual comfort.

The performance of the Satanic abortion ritual is protected by religious liberty laws. It exempts Satanists from fulfilling any medically unnecessary and unscientific requirement, such as mandatory waiting periods or unwanted sonograms, that interferes with the practice of our ritual.

A downloadable letter provided by The Satanic Temple to be used by those desiring an abortion, explains:

Based on the foregoing, I demand a religious exemption to these generally- applicable restrictions.

For the record, The Satanic Temple does not promote the worship of Satan, or any other imaginary deity. Instead, the group utilizes satanic imagery to promote egalitarianism, social justice, and the separation of church and state.

The Satanic Temple is a faith community that describes itself as facilitating “the communication and mobilization of politically aware Satanists, secularists, and advocates for individual liberty.”

Previously The Satanic Temple made headlines after offering to escort Muslims who were afraid to leave their homes out of fear of a growing anti-Muslim backlash resulting from the Paris terrorist attacks.

Also, it is worthwhile to note that when it comes to morality, The Satanic Temple’s Seven Tenets are morally superior to the Bible’s Ten Commandments.

And, of course, The Satanic Temple has been on the front lines in defending a woman’s right to an abortion and promoting the separation of church and state guaranteed by the First Amendment to the U.S. Constitution.

Sorry I am not able to spend much time at the computer this weekend.    Yesterday I way over did making snickerdoodles, I made 2 large batches.   I am going back to bed again, but please enjoy this video.   Aron starts at about 38 seconds in and lays the entire thing bare before the end.   Hugs and loves.

Trump’s attorney general sees himself as a grand cultural inquisitor.

Attorney General William Barr has overseen a stunning reversal of this tradition. He is, in many ways, the anti-Elliot Richardson: a loyal foot soldier who has successfully transformed the Justice Department into little more than an enabler of Trump’s policy whims and political interests. Nowhere was this mission clearer than in Barr’s move in May to dismiss the case against former National Security Adviser Michael Flynn, who had already pleaded guilty to lying to the FBI about his conversations with then-Russian Ambassador Sergey Kislyak. The Flynn decision came on the heels of another dramatic Barr-sponsored foray to aid a disgraced Trump associate: The department’s effort to secure a lighter sentence for Trump campaign adviser Roger Stone, who was convicted of lying to Congress and witness tampering last November, led to resignations by DOJ prosecutors and calls for Barr’s resignation.

When nationwide protests and unrest broke out after George Floyd’s killing by Minneapolis police officers, Barr led the charge to suppress them in Washington. He ordered federal police to remove peaceful demonstrators by force from a park in front of the White House, shortly before Trump walked across it for a photo op at a nearby church. Armed men in unmarked riot gear soon appeared on D.C. streets, refusing to identify themselves to reporters. The Bureau of Prisons later confirmed that some of them were members of its riot-control teams. And while Barr blamed antifa for “instigating and participating in the violent activity,” FBI intelligence reports found no evidence that they were responsible.

The attorney general’s transformation into a more erudite version of Michael Cohen, Trump’s former personal attorney and onetime fixer-in-chief, serves a higher purpose. Barr frames himself as part of a spiritually driven mobilization to reshape American political life, one that seeks to extend the executive branch’s constitutional powers into the service of a higher calling. Barr sees himself not as the bagman for a corrupt president, but as the disciple of a fading legal and moral order—one in which unbounded executive power goes hand in hand with a sacred mandate to preserve the nation’s Christian culture from secular degeneration.

“This is not decay; it is organized destruction,” he warned in a toneless voice at odds with the substance of his preachments. “Secularists, and their allies among the ‘progressives,’ have marshaled all the force of mass communications, popular culture, the entertainment industry, and academia in an unremitting assault on religion and traditional values. These instruments are used not only to affirmatively promote secular orthodoxy, but also drown out and silence opposing voices, and to attack viciously and hold up to ridicule any dissenters.”

Though he appeared in his official capacity as a government employee, Barr tailored this stark account of the struggle ahead to his fellow Roman Catholic believers, calling them to a renewed sense of shared spiritual purpose. “As Catholics, we are committed to the Judeo-Christian values that have made this country great,” he told them. “And we know that the first thing we have to do to promote renewal is to ensure that we are putting our principles into practice in our own personal private lives. We understand that only by transforming ourselves can we transform the world beyond ourselves.”

Tellingly, Barr only circled back to the question of the proper aims of federal law enforcement as an extension of this broader culture-war crusade. “Finally, as lawyers, we should be particularly active in the struggle that is being waged against religion on the legal plane,” he said. “We must be vigilant to resist efforts by the forces of secularization to drive religious viewpoints from the public square and to impinge upon the free exercise of our faith.” Barr pledged that as long as he was attorney general, the Justice Department “will be at the forefront of this effort, ready to fight for the most cherished of our liberties: the freedom to live according to our faith.”

Barr’s career fuses two of the most powerful movements on the American right. Like many in the conservative legal movement, he reads the Constitution as a fixed document whose meaning cannot stray far from what the Framers set down in Philadelphia in 1787. But he also draws upon a traditionalist strain in the Catholic faith that rejects any distinction between spiritual life and public life. “We are being pushed steadily off the battlefield, or have been for the last few decades,” he wrote in a 1995 article for The Catholic Lawyer. “Occasionally, we are jabbing back and poking back as we backpedal off the field. What is our larger strategy for preserving the Church and seeing it prevail? How will we get back on the battlefield? How are we going to see the Church transform the world for the better?”

At Notre Dame, Barr also asserted that only members of the Christian faith possess the moral rectitude for American democracy. When the Founders referred to America’s experiment in self-government, Barr explained, they were describing “the capacity of each individual to restrain and govern themselves,” not elections or legislatures. “In short, in the Framers’ view, free government was only suitable and sustainable for a religious people—a people who recognized that there was a transcendent moral order antecedent to both the state and man-made law and who had the discipline to control themselves according to those enduring principles,” he argued.

Some of the Founders shared Barr’s views. He regularly quotes from a 1798 letter by John Adams to a Massachusetts militia to highlight the alleged primacy of religious observance in American democracy. “We have no government armed with the power which is capable of contending with human passions unbridled by morality and religion,” Adams told them. “Our Constitution was made only for a moral and religious People. It is wholly inadequate to the government of any other.” But Adams was writing with an eye toward the then-advancing revolutions in Europe, which the militia’s general had recently seen firsthand in France. Though more conservative elements had since taken control of the nascent French republic, the memory of Maximilien Robespierre and the campaign to de-Christianize France was fresh on both sides of the Atlantic. And for all the culture-war bluster around the alleged will-to-power that motivates today’s secular liberals, it’s hard to discern the totalitarian shade of Robespierre in the battle to secure reproductive choice, let alone in disputes over wedding cakes for same-sex marriages.

Taken altogether, Barr’s vision for executive power would be alien to the American experience and more akin to royal prerogative. He advocates for an executive branch that operates less like a civil service guided by an elected president and more like an ancien regime court that strives to enforce a singular will. Barr’s version of the presidency would be unaccountable to lawmakers and opaque to judicial review unless it declares itself willing to be. The American public would correspondingly retire in large part from the playing field of our politics; its chief role would be to ceremonially render judgment on the selection of the country’s ruler every four years.

As Trump’s attorney general, Barr has practiced what he preaches. Executive-branch cooperation with congressional requests for documents or testimony is at a shocking low, stemming from Trump’s belief that such requests from the House or from Senate Democrats are presumptively illegitimate. With Barr’s support, Trump took the opportunity in April to purge multiple inspectors general—the independent executive-branch officials who serve as internal watchdogs that report corruption and malfeasance to Congress—after the intelligence community’s inspector general sent a report to Congress last September that prompted Trump’s impeachment in December. For good measure, he also stripped out the inspector general in the just-approved $2 trillion–plus coronavirus bailout package, wiping out one of the key concessions won by Democratic lawmakers in negotiations over the legislation—prior to dismissing the secretary of state’s inspector general in May.

There is a lot more information at the link above.   The clips I took should show everyone that reading and remembering this threat to a secular democracy is very well established and something we need to work hard to fight.   People have wondered why I use the category religion when I post about Barr.    Because the truth is Barr would like to turn the US into a religious theocracy, with his religion in charge of course.   Nothing else matters in the push for that goal.   Religions are theocracies, not democracies, and so to get the religious rule people like Barr desperately want they have to destroy democracy.     This is why Barr pushes for an imperial presidency.   He sees a type of rule such as in old England where the king was tempered only by the Catholic church.  We are in a time of deep danger for our country.    Hugs 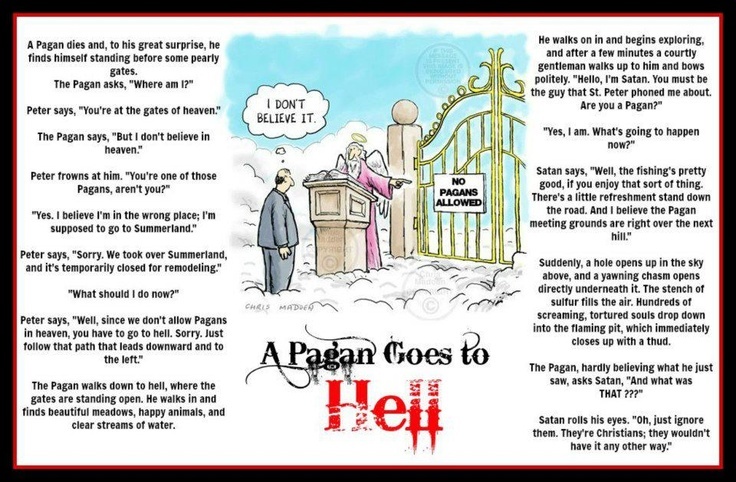 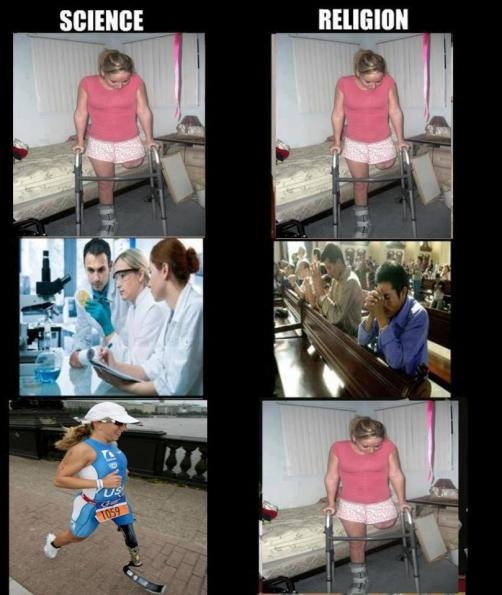