Took another power hit trying to finish this.   so here we go again.

OK, trying to stay calm.   I just lost everything I was doing, 20+ open tabs, three on going reply to comments and two ongoing file transfers. That was just on the one computer.  We are taking a lot of power hits.   Down, up , down, up.    Not long term, we bought a large powerful generator called the beast for that ( that really is the name on it.  Ron panicked after hurricane Irma when we were with out power for nearly two days and he wanted this thing.  I found it, online at Home Depot for nearly $300 off.    Then when our friends wanted to get it it was over 600 dollars more.  However to fully power about a third to a half of  the house it needs to be hooked into the electrical system that when finished it can power a third to half of all the power requirements including stove, refrigerator, a/c, computers, TVs,  with power to spare.   Thing has to be hooked into the circuit boxes which is not completely done yet.  So if needed we run a lot of extension cords.     But I need an uninterrupted power supply for my computer systems.  I have to have one that can run two computers, two monitors, two sets of speakers, and a half dozen other systems.   I also need a small one for the modem or I have to move it from the living room to my office.   Ron agrees we need one.  We are running sixteen power drawing systems just for my computer set up, and I need something that will power them for at least 10 minutes.   The only UPS I am familiar with is the huge systems I dealt with in the military as a satellite tech in the 1980’s.  So if anyone has some ideas of high power UPS system please let me know.   I would like something that after shutting down the rest would power my main computer for off line gaming to keep me occupied so I don’t go stark raving nuts, occasionally charged up by the beast.

Every time the computers restart I have a series of security checks I do before I let them online. So I have to run over and unhook the Ethernet cable for each of them until that is done.   I have to check a lot of stuff so it makes a lot of extra work.  Plus all the open stuff I lose.

Also on that, I am thinking of taking a few days off.  I have two computers I have been asked to repair, both with viruses.  One is an older laptop that has ransomware that even two different professional companies couldn’t fix, I am going to take a stab at it.   Had to order a cable for the other one to match up with my monitors.   To make storage space we put out in the trash a lot of my extra parts, monitors and chassis because I really am not able to do this work anymore.

So I have been wanting to dump my main blogging computer because the video card driver update wont install.   It should only take the computer offline for 3 hours for a factory reset and getting online with doing the updates, but the installing all the nearly terabits of data I have will take a lot longer.   I need to wipe both the C and D drives this time.

Also my wonderful hubby who is now adjusting the ceiling for the new tiles in the secondary bathroom remodel has asked me to make him some oatmeal cookies.   Oh yes I  will.  He likes so much the cookies I make so that that means in a while I will have to give up on blogging and reading blogs, which I lost all the open tabs of everyone blogs including a reply to a comment I was working on, so I will have to start over tomorrow or later today.   It is OK, he loves my baking and I love him.   Hugs

I have been sleeping a lot for the last three days.   I often tell people that one of our cats, Milo, sleeps on my pillow and often holds my hand or touches me somehow.  He will lay his head against mine, put his paw on my face or neck, or just lay his head on my arm.   I was taking a nap and when I got up Ron showed me a couple pictures he had taken of Milo and I napping holding hands.  Hugs

Hello to many and all of my Toy Box viewers.   I know many of you have comments I have not gotten to.  There is a lot of stuff I have not gotten to.   Yesterday I had to leave a lot of stuff undone to do some cookie making.  Then I needed to make ice cream.  It was all too much for me and I ended up in bed.   I was late being able to get out of bed this morning and in the afternoon due to Ron not feeling well I cooked and cleaned up from supper.   That last part was very trying as I was having back spasms and weakness in my legs.  I would like to stay up at the computer but my back has given out to the point that supporting myself upright makes it hard to breath.   So I am going to bed.   In the morning when I am better I will dump the news tabs as they will be out of date anyway and get right to everyone’s comments that I love.   Thanks for understanding.  Sometimes I have to take what strength I have and put it to the family here, but that doesn’t mean I do not value the online family also.     Hugs

Americans watching other countries that have gotten Covid under control. pic.twitter.com/6dGIqYlnIG

OT.   Hurting so bad right now I can hardly breathe.   Every movement is pain.   Helped Ron relocate and install our ring door bell camera that never worked well on my office door to beside the kitchen door, angled to catch all the sheds the Ring floodlight camera in the carport is not really positioned well to see.  I made a large dough mixture for three loaves of bread, lots of milk, 4 eggs and 6 table spoons of butter, should come out really fluffy, it is rising for the last rise.  Ron took pity on me and cleaned everything up.

I know I am behind on comments and as soon as I get done with the bread that will be my entire afternoon project answering them.   I love them so please keep them coming.   I have had a lot going on which has limited my time at the computer but I have tried to post news when I get a chance.    Heck I have not even had much time to read news.   But i have 30 minutes until the hot bread comes out to read and post.   I hope all is well with everyone, I value each of you.   Oh I guess to morrow Ron would like me ( us? ) to make a oatmeal white chocolate chip cookies.  Hugs

In an interview with The Wall Street Journal, President Trump essentially said the fact that Martin Gugino has a brain injury and can’t walk is his own fault. “These police, they meant business,” he said of the night in question. 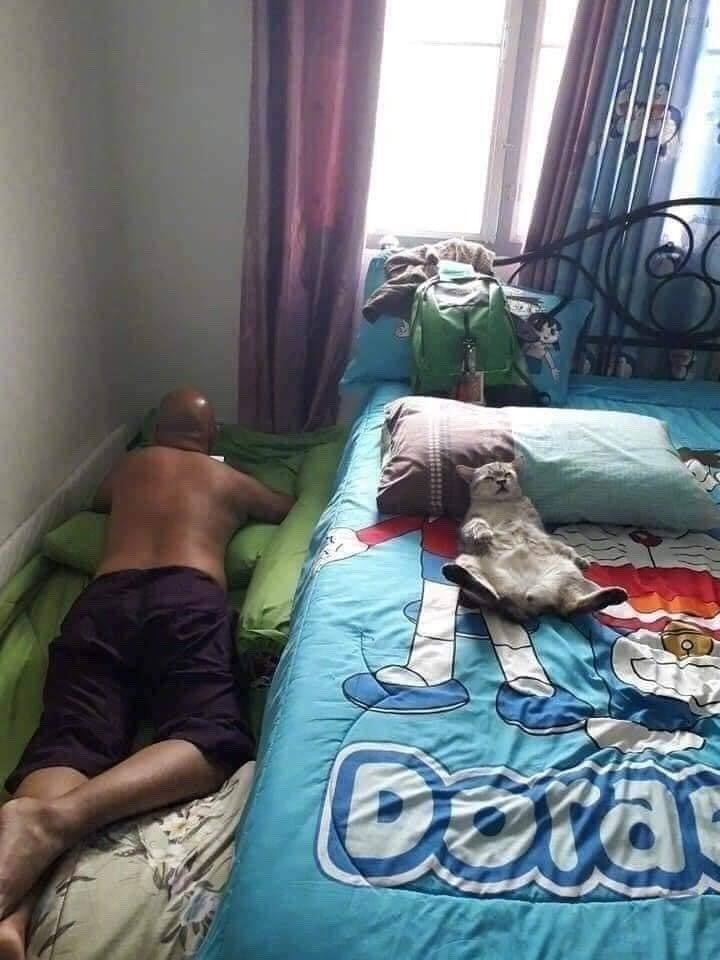