A federal judge on Monday temporarily blocked a Trump administration policy that would scrap ObamaCare’s nondiscrimination protections for sex and gender identity, one day before it was set to take effect. 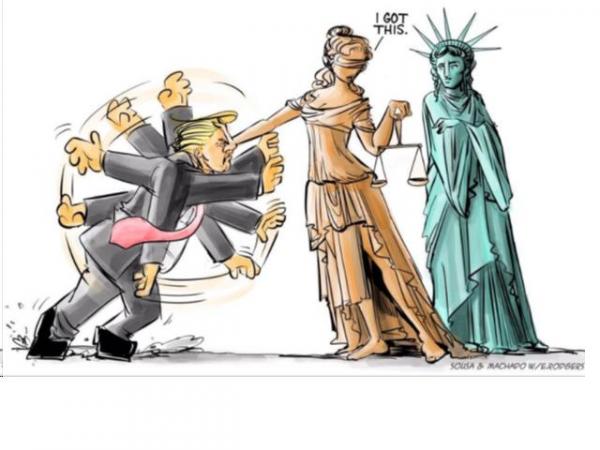 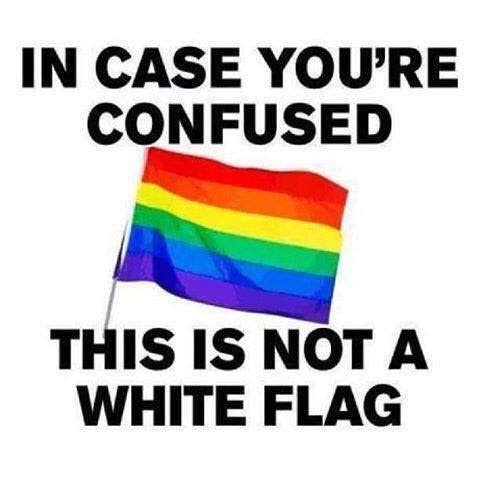 Kavanaugh, Thomas, and Alito are using the Constitution like toilet paper. 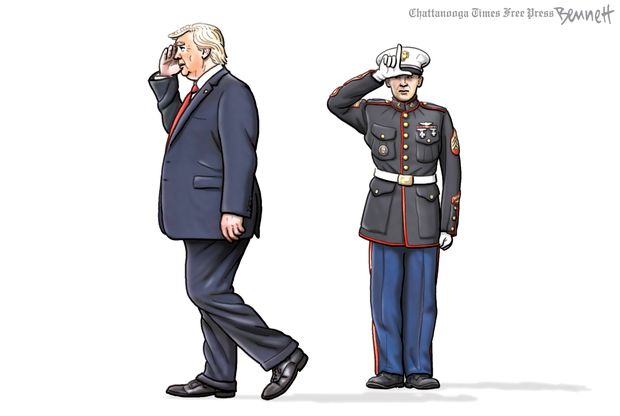 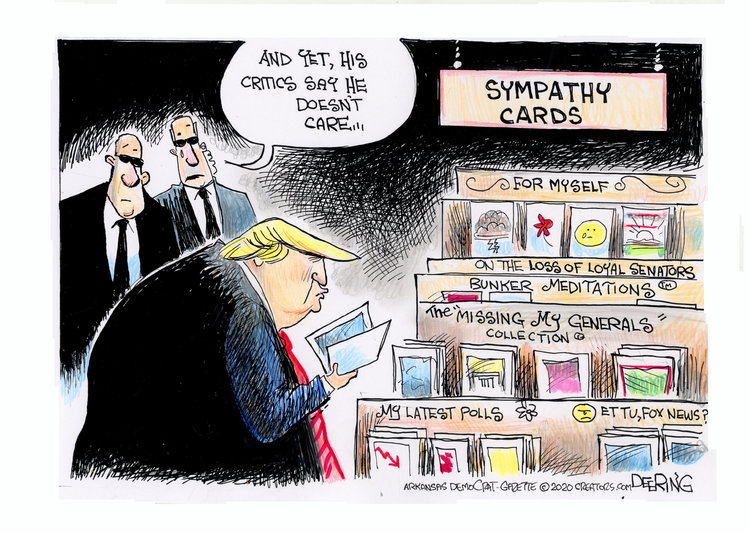 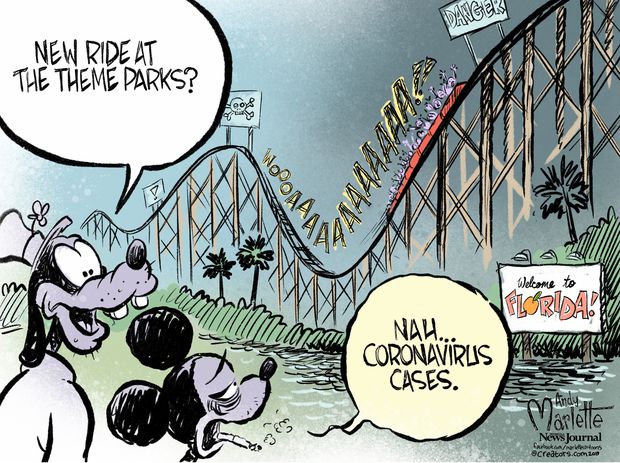 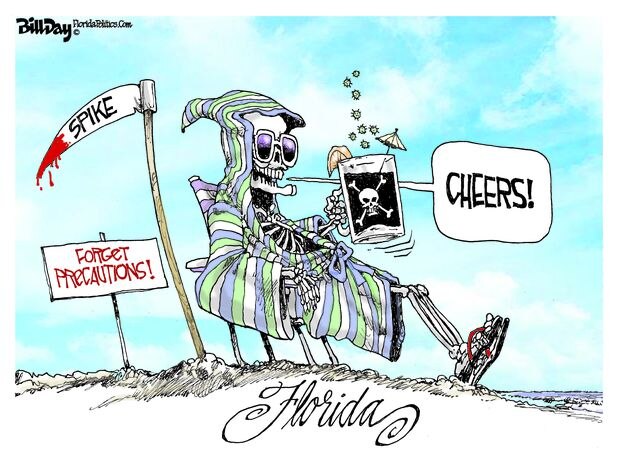 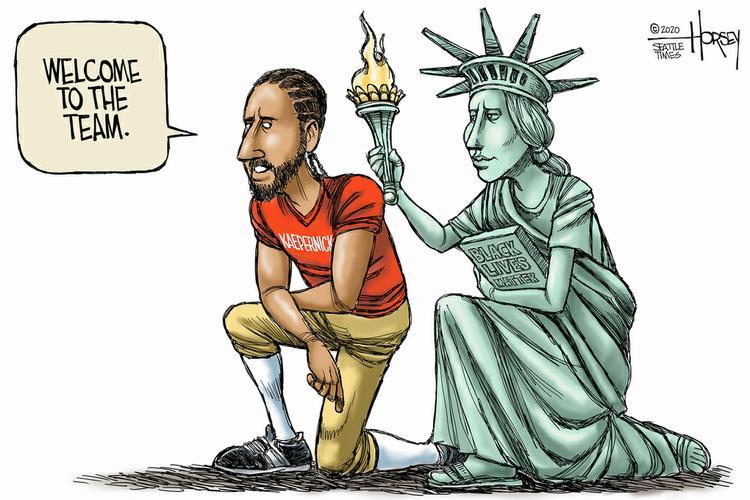 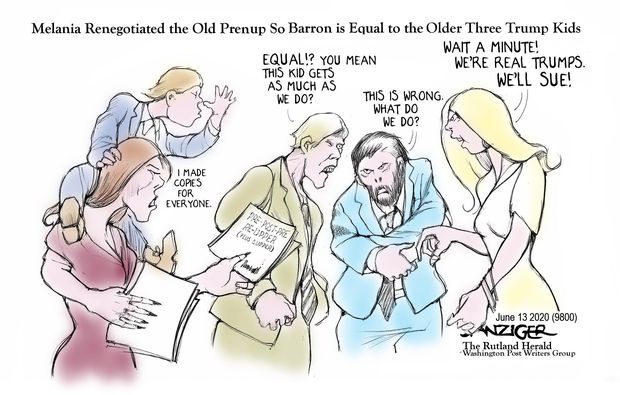 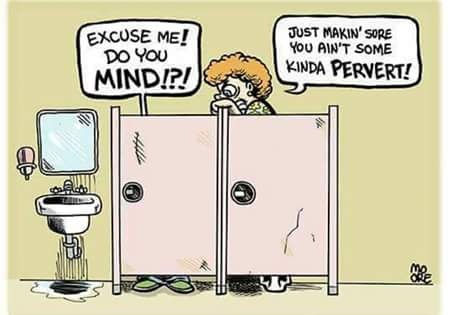 The first of the two bills the Republican governor signed targets a transgender person’s ability to request a birth certificate change.

Under the new law, transgender individuals will no longer be able to change their listed sex on their official birth certificates and the certificate can only be amended within a single year of its initial filing. After that year has expired, the only grounds on which the certificate could be changed would be “fraud, duress, or material mistake of fact.”

Little’s approval of the bill comes almost exactly two years after U.S. Magistrate Judge Candy W. Dale ruled that a similar Idaho ban was unconstitutional. Dale said in March 2018 that a law banning transgender people from making birth certificate changes was in direct violation of the Equal Protection Clause of the Constitution and ordered the ban to be scrapped. Dale also warned the state against future restrictions that would run into the same legal problem.

Legal experts say that the newly approved bill will likely face similar legal challenges. An analysis of the bill conducted by the Idaho attorney general’s office determined that the bill could ultimately be deemed unconstitutional.

The second transgender-related bill Little signed Monday bans transgender woman and girls from participating in women’s sports sponsored by public schools, colleges and universities. The law states that a female transgender student will not be allowed to join a women’s sports team.

Opponents to the bill, meanwhile, say that the bill is discriminatory against transgender girls and women who want to participate in sports, that it will require transgender females to undergo invasive or humiliating tests to prove their gender, and that such restrictions could turn prospective athletes away from sports altogether.

The Human Rights Campaign, one of the largest LGBTQ civil rights organization in the county, said that the bill marks Idaho as the first state in 2020 to target transgender people in such a direct way.

“We are living in an unprecedented global health crisis, with confirmed cases of Covid-19 increasing on a daily basis in Idaho, across the United States and around the world, but Governor Brad Little and the Idaho legislature have decided to prioritize the demonization of transgender people,” Human Rights Campaign President Alphonso David said in a statement.

“This is unacceptable, and a gross misuse of taxpayer funds and trust. Idaho is leading the way in anti-transgender discrimination, and at a time when life is hard enough for everyone, Idaho’s elected leaders will be remembered for working to make their transgender residents’ lives even harder,” he added. “Shame on Governor Little and the legislators who championed these heinous pieces of legislation.”

Again religion used to bash others.  In this case it is to prevent assistance to people at risk because of church bigotry.  Is this the message their holy book teaches, harm the most vulnerable, hurt the sick, deny help to those who do not worship as you do?   Hugs

Ed Martin, who runs the Phyllis Schlafly Eagles, a group modeled after the woman who arguably blocked the Equal Rights Amendment decades ago, says we shouldn’t adopt proposed relief efforts during the current pandemic because they may help transgender people.

Spoken like someone who has no conceivable idea of the hardships that trans people face.

And spoken like someone who despises a vulnerable group so much that if they are being helped by a relief program — one that would help everyone rather than singling out some groups over others — then no one should benefit.

By the way, just months ago, Martin spoke out against the proposed Violence Against Women Act because it would include trans women.

The Schlafly cruelty lives on.

More at the link above and quotes from this bigot himself.  Hugs

I am not going to copy any quotes from this as it is short read and everything in it is equally important.   If you want to see a great comprehensive sexual education program this is a good one, and if you want to see how ignorant these Christians are about sexual issues and how they want your kids as ignorant as they are, this is also a great read.    Even the idea of teaching students consent drives them crazy.     Hugs

The attempt for the theocracy take over forcing all people to live by evangelical Christian dogma / doctrine.

The state may not enforce, endorse, or favor policies that:

(1) Permit any form of marriage that does not involve a man and a woman;

(2) Appropriate benefits to persons who enter a marriage other than a marriage involving a man and a woman;

(3) Permit counties to issue marriage licenses to persons other than for a marriage involving a man and a woman;

(4) Treat sexual orientation as a suspect class or as a basis of prohibited discrimination;

(5) Recognize a person’s belief that that person was born a gender that does not accord with the biological sex of the person as determined by that person’s anatomy at birth;

(7) Ban conversion therapy. Under this subdivision, conversion therapy, means a therapeutic practice in which a licensed medical professional, acting under authorized consent, assists a client in the goal or realigning the client’s sexual preference to prefer members of the opposite sex who have corresponding reproductive anatomy;

(11) Permit a person to change the sex on a birth certificate to a sex that does not accord with that person’s anatomy at birth.

In other words, the bill prohibits policies that make any part of LGBTQ people’s lives safer or more just. It sanctions bigotry by refusing to recognize that anti-LGBTQ discrimination should be against the law, then goes on to prohibit nearly every form of legislation that might decrease that discrimination in any way.

It’s not just the substance of the bill that makes it aggressively anti-LGBTQ either. It’s the vicious language used. Same-sex couples and trans people seeking gender-affirming surgery aren’t receiving benefits; they’re “appropriating” them. LGBTQ-friendly beliefs are conflated with “zoophilia, objectophilia, and polygamy” (which is, for non-monogamous people, an entirely separate can of worms).

It’s every trick in the anti-gay playbook all wrapped up in one handy bill.

On top of it all, HB 1215 isn’t the only anti-LGBTQ legislation to be introduced in the South Dakota legislature. HB 1057 targets doctors who specialize in care for young trans people by essentially outlawing trans health care for minors, including potentially life-saving puberty blockers and hormone treatments.

Please understand this is not about safety or helping kids, it is about erasing trans people.   Puberty blockers should be started for trans kids just  puberty starts.   They do no harm, they simply stop the effect of the hormones from affecting the  body to make / change gender characteristics.    This is important because that lets a person who is trans keep from looking like the wrong gender.   A trans girl wants and should be allowed to look like a female, not forced to look like a boy in drag.   Same with trans boys, they should be allowed to look like males.  The blockers do not harm as if they are stopped regular puberty begins.   It simply is delayed but the process starts and continues as it would if the blockers were not used.    No one is letting kids get vasectomies and sexual reassignment surgery.  It is a scare tactic just like the misinformation about puberty blockers.  This is all about hurting and stopping people from identifying as trans.  It is another case of legislators wanting to be between the patient and their doctor.   Hugs

House Bill 1057 would make it a felony to prescribe puberty blockers and hormones to people under 18 years of age and bans surgeries like vasectomy and vaginoplasty.

The bill was introduced by Republican state Rep. Fred Deutsch and has already drawn more than 40 co-sponsors in the Republican-dominated legislature.

This part is just a lie.  The medications are not dangerous and are used all over the world and the US without complications.  Rep. Fred Deutsch is wrong and using debunked scare tactics to outrage people.

“Children need to wait until they’re mature to do it,” he said, arguing that the procedures and medications barred under the bill are “dangerous” because of the psychological and physical effects they have on young people.

Harvard psychiatrist Dr. Jack Turban, who researches the mental health of transgender youth, told NBC that it is “unsettling to see state legislators proposing that standard medical care, as outlined by The American Academy of Pediatrics, The American Academy of Child & Adolescent Psychiatry and The Endocrine Society, should be a felony.”

The Endocrine Society and World Professional Association of Transgender Health both recommend puberty blockers and hormone treatments for transgender teens, though both organizations also recommend delaying surgeries until 18 years old. The report noted that only a quarter of transgender and gender non-conforming adults have reported undergoing transition-related surgery.

“Transgender kids, like all kids, deserve a chance to experience joy, to learn in a safe environment, to get the health care that they need, and to survive into adulthood,” said the ACLU’s Libby Skarin. “When the government proposes laws that would stigmatize them and undermine their care, they lose those opportunities.”

“The spate of anti-trans bills in South Dakota and elsewhere in recent years reflects an intentional strategy on the part of the anti-LGBTQ right wing,” wrote Gordon-Loebl. “Having lost the fight on gay marriage and recognizing the increasing national acceptance of lesbian gay and bisexual people, groups like [Alliance Defending Freedom] — alongside the Trump administration — have decided to pick off trans people, who are in many ways the most vulnerable and least protected members of the LGBTQ community.”